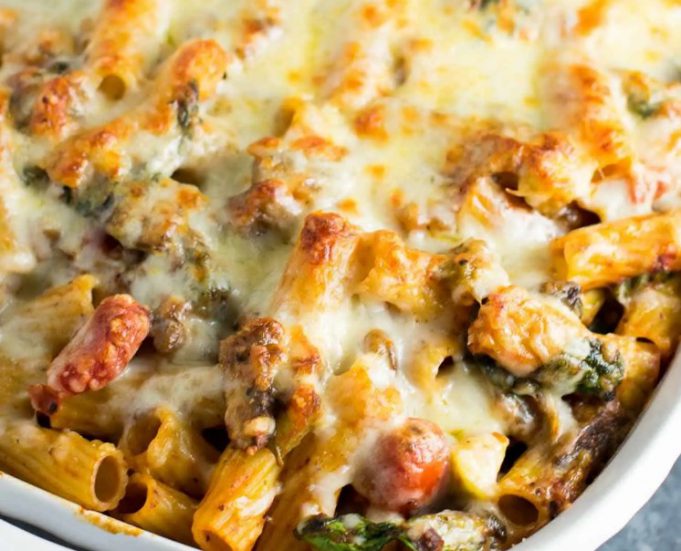 3Roast at 400 degrees for 15 minutes, or until tomatoes start to wilt and burst

4Cook Rigatoni according to instructions and set aside

6Sautee on medium high heat for 12-15 minutes, or until liquid is released and vegetables have started to cook down

9Add the cooked tomatoes to the sauce with the other veggies

10Mix the mozzarella and parmesan cheeses together in a bowl

14Bake at 425 degrees for 10 minutes, or until cheese is bubbly and beginning to brown

Rebecca Hopkins - January 1, 2023
Air fryer mozzarella sticks are a popular snack or appetizer that can be made using an air fryer. To make them, you will need...