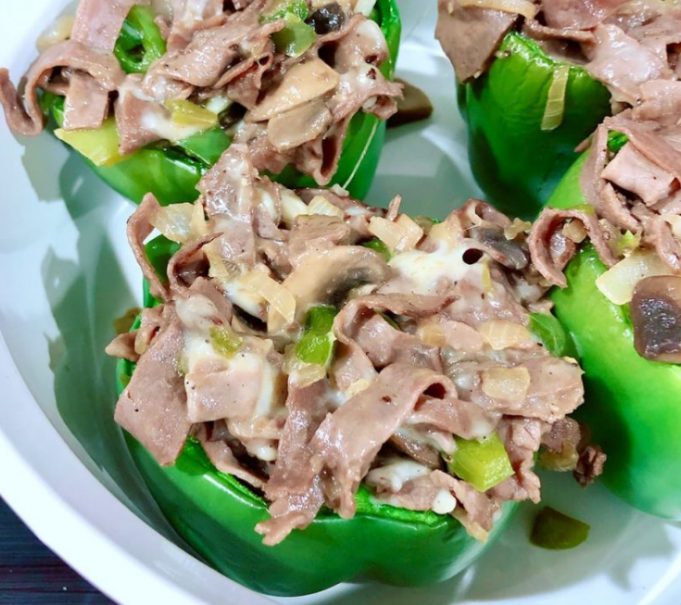 2Slice the tops off the bell peppers and remove the seeds from the insides.

3Place four of the five peppers in a shallow baking dish and place in the oven. Cook until ready to stuff.

4Remove the stem from the bell pepper caps, chop the caps and remaining bell pepper.

5In a Dutch oven or large skillet over medium heat, add the oil. Once oil is heated, add chopped bell peppers, mushrooms, onions, and garlic.

6Sauté until onions and peppers are soft and slightly browned, about 10 minutes.

7Slice roast beef into thin strips and add to the vegetable mixture. Add Worcestershire sauce, salt, and pepper to the mixture. Cook for 5 minutes over medium heat.

8Divide the cheese in half. Add half of the cheese to the skillet. Stir to combine.

9Remove the baking dish with 4 bell peppers from the oven.

10Sprinkle a little cheese into the bottom of each partially cooked bell pepper.

11Follow with the cheesesteak filling and top with the remaining cheese.

12Bake for 18-20 minutes until the cheese on top is golden brown and peppers are soft.