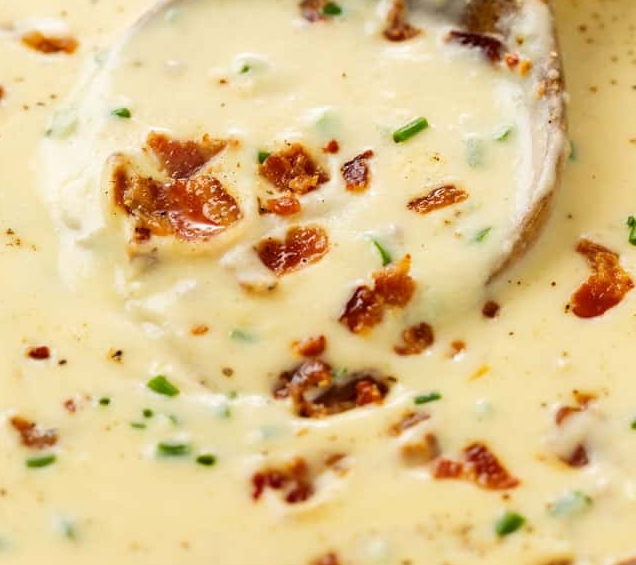 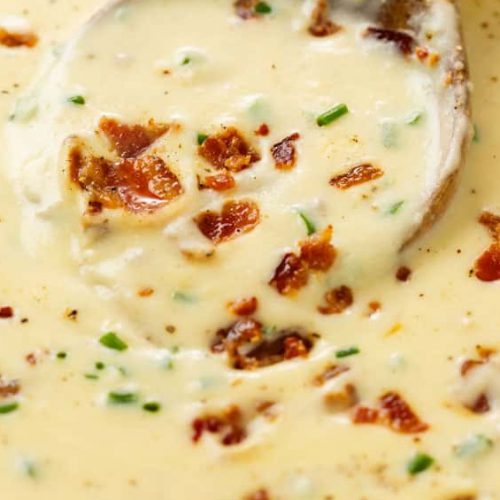 PRO Tips:Avoid using extra sharp or aged cheese, stick to mild or sharp cheddar. Heluva Sharp Cheddar Cheese is my brand of choice as it has great flavor and melts smoothly.
Milk may be used instead of half and half, just note that the broth won’t be quite as thick. Microwave the milk for 45 seconds prior to adding it to avoid curdling.
Plain Greek Yogurt can be used instead of sour cream.
Unsalted butter and reduced sodium chicken broth may be used for lower sodium content.
Cook the potatoes separately in water instead of in the soup. It's not only a time saver as they can cook while the bacon cooks, but it also removes a bit of excess starch which prevents the soup from becoming gluey.
This recipe makes about 2.5 quarts of soup, or 10 cups. Each serving is just over a cup.